Work To Create ‘Finland’s First Glacier’ Well Ahead of Schedule

A plan to create an artificial ‘glacier’ at the leading Finnish ski resort of Levi are running “weeks ahead of schedule” a statement from the resort claims.

Levi announced earlier this year that they planned to ‘create a glacier’ with the potential to offer snow-sports year-round.  The resort is also building a new high-speed chairlift, the ‘Glacier Express’,  next to the glacier’s location on the resort’s Front Slope.

Creating the ‘glacier’ appears to be a development of the increasingly popular snow farming technique in which ski areas stockpile the previous season’s snow under covers that insulate it from the summer heat, then spread it back out on the slopes the following autumn.

Levi has been doing this for some years and as a result starts its 7+ month ski season in early-October each year. 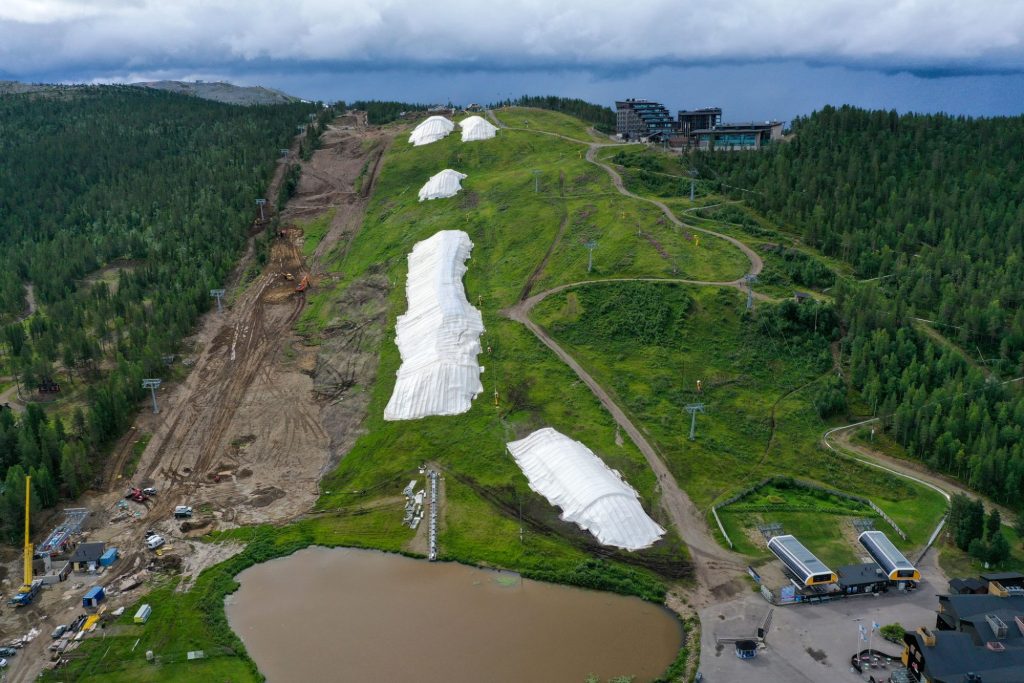 The glacier plan appears to mean that rather than stockpile the snow in piles and move it onto the slope in the autumn, the snow will be laid in a permanent location on the front slope so it is permanently snow-covered.

As part of the establishment of their ‘glacier’ Levi say they have moved around 20,000 cubic metres of soil to re-profile the slope, equivalent to around 2,000 truck loads.

Construction of the Levi Glacier Express is running ahead of schedule, actually as a result of Russia’s invasion of Ukraine, Levi’s management say,

“The construction of the chairlift was accelerated by the war in Ukraine, as many projects in Europe were put on hold, so the factory has been able to meet the accelerated schedule.”

The new lift will start operating from November transporting 3,000 skiers per hour up to the fell with its maximum capacity. 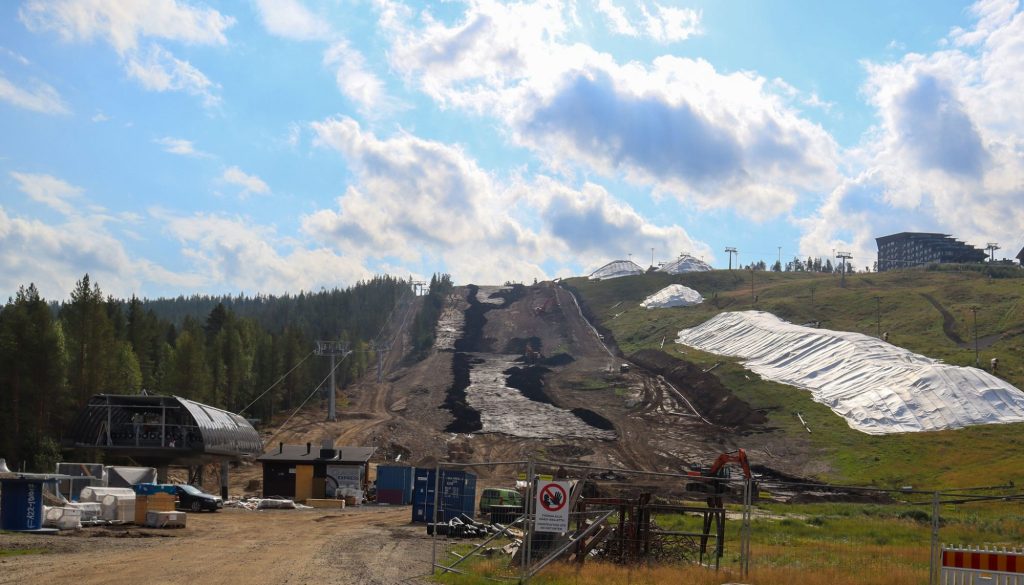 Altogether the resort is spending around €7m on the new lift, its ‘glacier’ and new LED slope floodlighting.

Levi say they’ll start making snow for the ‘glacier’ this November and that it will officially open next year in September-October 2023.

“After we have done the snow on Front Slopes this year, part of the slope will remain permanently covered with snow and ice. In the future, thanks to the glacier, we will be able to offer alpine groups the opportunity to practice as early as September. We will be able to do even five slalom tracks next to each other on the glacier, and it will serve as a great training place for the early season. We are now challenging, for example, Saas-Fee and other traditional training places. In the future, you don’t no longer have to go to the south, instead, you can come train here in the north starting already from the beginning of the season,”

Before all that however, Levi will open for the upcoming 22-23 season in just over six-weeks’ time on October 7th.