The Aurora Zone, a company which specialises in taking people to see the northern lights, has launched two brand-new ‘Downhill Skiing and Northern Lights Adventures’ in Finland this coming winter.

The company is offering ski holidays to the internationally little-known ski resorts of Saariselkä and Iso Syöte. Both have a reputation for quiet ski slopes, but thanks to their northerly latitude normally excellent snow conditions due to typically well below freezing winter temperatures. All importantly for northern lights hunters, there’s little or no light pollution, upping your chance of seeing the spectacular aurora borealis.

Iso Syöte sits adjacent to the Syöte National Park, approximately 150 km from the Arctic Circle and is located in the Finnish region that gets the most snow. The centre has 17 pistes – linked by nine lifts – catering for all abilities. There are also three snow parks for freestyle skiers and snowboarders, a parents-and-children section, and a mogul field.

After exploring the pristine runs during the day you can go hunting for the northern lights in the evening with an expert guide, provided as part of the holiday by The Aurora Zone. As darkness descends, head into Syöte National Park with snowshoes, and keep an eye out for the aurora. Even on nights when they don’t appear, the activity should give a great sense of tranquillity. A second aurora quest during the stay switches from snowshoes to snowmobiles, follow the guides along designated tracks through frosted forests and across frozen lakes in search of this bucket list spectacle. 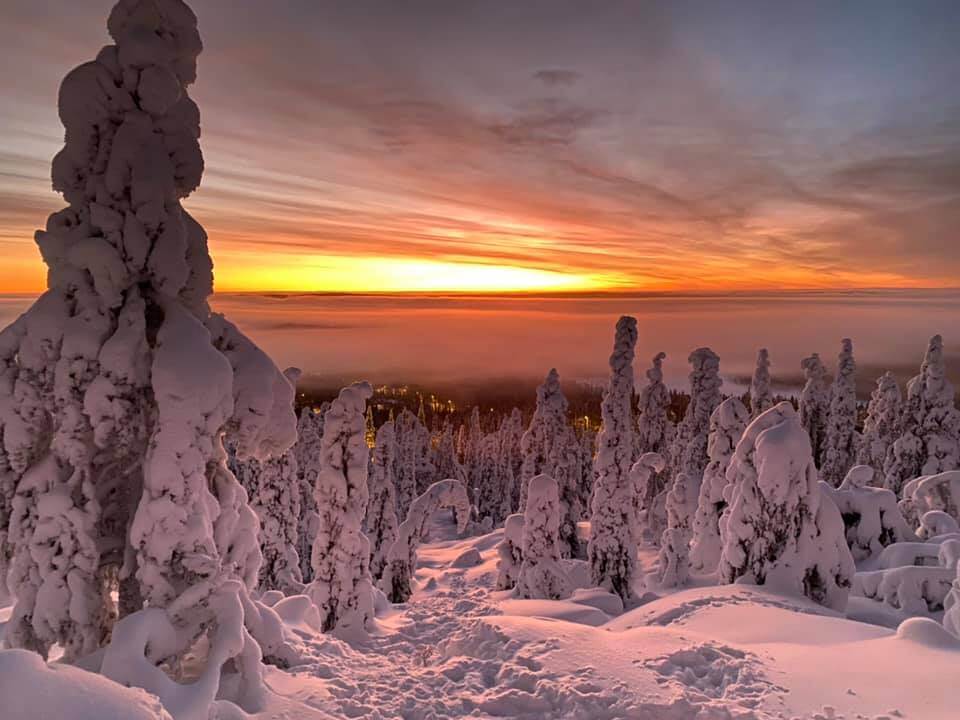 When not skiing, or being awed by the Northern Lights hunting trips, guests can go dog sledding with huskies, snowmobiling through the wintery forests, ice fishing for giant spider crabs on frozen lakes, snowshoeing across the landscape, or join in with a reindeer safari at a slower pace.

A four-night Downhill Skiing and Aurora Adventure to Iso Syöte, departing between 8th January 2023 to 23rd March 2023, costs from £1,385 pp (two sharing) and includes return flights (London to Rovaniemi*), return airport transfers, accommodation at KIDE Hotel, four breakfasts, and four dinners, plus a two-day lift pass to Iso Syöte, two days of ski / snowboard hire, two Aurora hunts one on snowshoes the other on a snowmobile, our expert English speaking guide throughout your stay, and 27/4 in-destination support. Other activities, such as a husky safari, can be added as an extra activity.

Regional and non-UK departures are available on request and similar holidays to the alternative resort of Saariselkä are also available.

FIS goes behind the scenes with Lucas Braathen