The American site SnowBrains.com which reports interesting ski news stories from around the world as well as regular snow updates has started issuing regular reports on wildfires in the USA, using government data.

The move follows a trend in recent years of more wildfires across North America and the entire world, getting bigger, lasting longer and starting to burn year-round, not just in ‘fire season.’

Last winter saw fires in New Mexico threaten a number of ski areas and last Autumn South Lake Tahoe in California was evacuated for several days as huge fires threatened a number of resorts including Heavenly.

Facilities at the ski area of Sierra at Tahoe were damaged in the same fire and it was unable to open last winter while repairs were carried out. 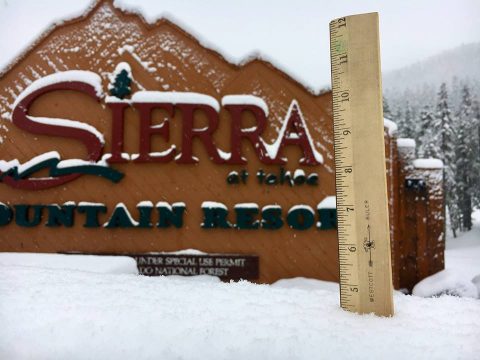 In their July 18th ‘USA Fire & Smoke Report & Forecast’ SnowBriains.com notes that 85 wildfires are currently burning across almost 3-million acres with 6,300 firefighters and support battling them. Alaska is particularly hard hit at present with 66 wildfires burning there.

The wildfire problem is global. In January 2000 the Selwyn ski area in Australia was destroyed by bush fires shortly before the pandemic hit. It was due to re-open this winter after being rebuilt but heavy snowfall before the season start stopped final building work and led to it now delaying re-opening to 2023.