A new ski touring race, La Trace des Grands, staged at The Grands Montets in the Chamonix Valley saw the winner, Alexis Sevennec, complete the course, which included 2,040 metres of vertical ascent, in just 101 minutes. Sevennec then skied back down from Grand Montets to Argentière for a 1 hour, 48 minutes total race time.

The Grand Montets is famous as one of the world’s great freeride spot and is also the start or end of  many well-known off-piste itineraries and ski touring routes, including the famous Haute Route which links Chamonix to Zermatt. 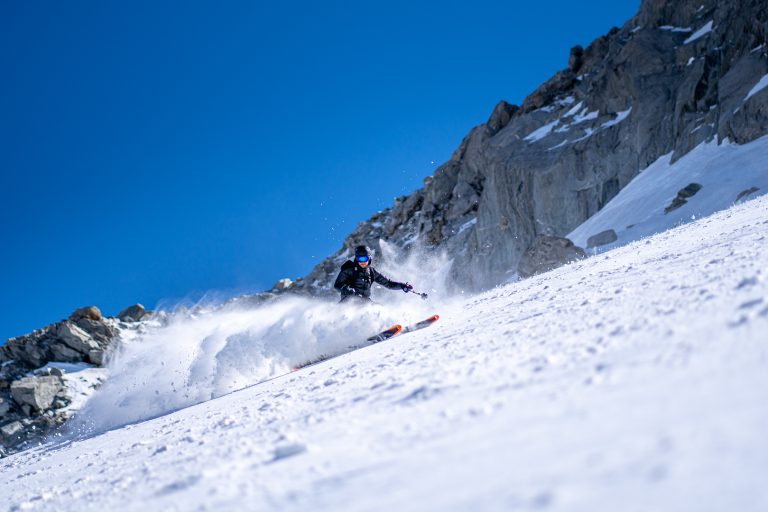 The slopes climb to 3295m and along with fabulous skiing and boarding provide a stunning landscape of magnificent glaciers, ice-falls and seracs with breath taking 360° views.

However access to the “top” of the Grands Montets by lift is currently not possible after a 2018 fire destroyed the machinery. Pascal Croz, director of the Grands Montets slopes and a great lover of his domain, wanted to remind people how fabulous the terrain is ahead of construction of the new lift  through a major event.

The new La Trace des Grands race was organised over two days by the Outdoor Legacy association and incorporated three different races, with skiers of all ages from 16 to 99 able to take part, and with all forms ski touring (Alpine, splitboard, Telemark, monosplit…) welcome.

“The name of the event was evident from the start, firstly due to the location, but also because of Chamonix’s heritage – land of great ascents, land of great alpinists and skiers – it is a tribute to the big names of the valley as we humbly follow their tracks… La Trace des Grands,” said race director Damien Sablon

The course was designed for the benefit of spectators too with groups able to view the course at various strategic points. A sports village on the Grands Montets was also created with exhibitors including POW (Protect Our Winters, Mont Blanc Natural Resort, La Chamoniarde, , Suunto, Blizzard, Technica, Dynastar, Volkl, Salomon, Zag, Pomoca, Black crows, Ogso, Scott and others present. There was also a large ski test available for visitors to test the latest gear. Other events included safety workshops and ski movie film shows with profits donated to POW.

The main event which Sevennec won involved over 2000 metres of vertical ascent departing from Argentière (1252) to the top of the Grands Montets (3296m) The itinerary took in Lognan, Argentière basin and the Point de Vue, a passage along the Rachasses ridge up to the summit of the Aiguille des Grands Montets (3296m) before the freeride descent back down to Lognan (1972m).

Equally impressive were two Chamonix women, Valentine Fabre and Hillary Gerardi, who completed the course in 2h18 and 2h20 (2h31 and 2h32 including the descent) respectively. Valentine and Hilary have history in the area having run and skied the famous Chamonix to Zermatt Haute Route in just 26 hours and 21 minutes

Jonathan Bracey, an English mountain guide based in Chamonix finished the men’s race in an excellent 12th place, completing the ascent in 2h09 (2h19 including the descent)

The race also attracted some major athletes (Laetitia Roux, Vivian Bruchez, Aurélien Ducroz, …) , but for many competitors it was their first ever race and the organizers were delighted as this was their main objective, to make it a convivial event for all. 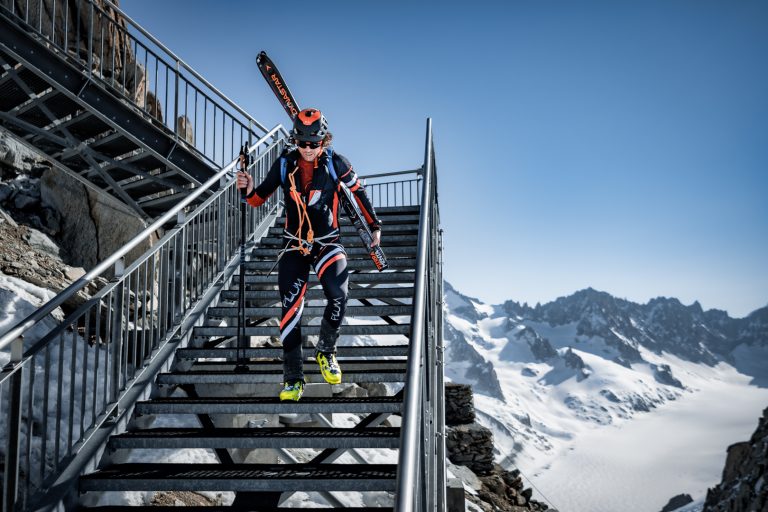 There was an also a night race and a less hardcore event with 1300m of vertical from the Lognan plateau and, although timed for the more serious contenders, was more about taking part and live and breathe the beauty of the mountains.

Participants and their nominated partners received a 50% discount on lift passes for 1 to 3 days around the event. Prize money ranged from €100 to €500 plus partner prizes and a prize draw are open to all participants.

The event was a big success drawing over 400 competitors and plans for the 2023 edition is already set in motion. 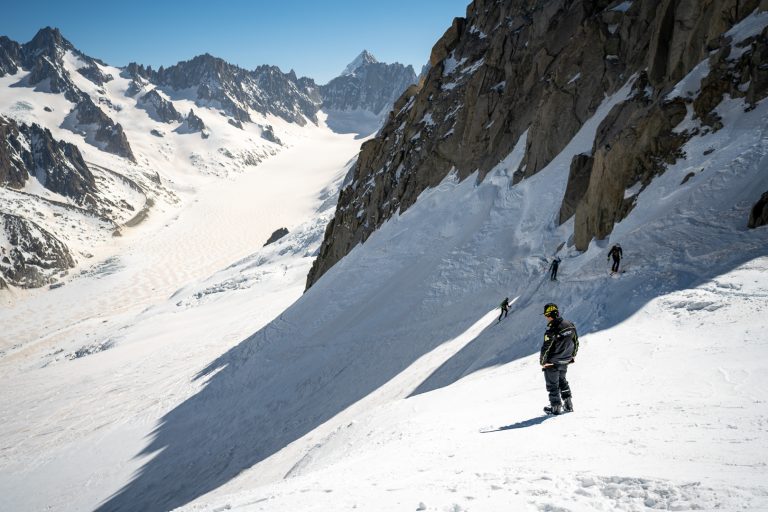