A Few New Truths About Skiing

Eight years ago I wrote a blog entry called Ten Truths About Skiing. It was about things that were true about skiing at the time — everything from “Skiing is a cold weather sport” to “There’s always room for improvement.”

Oh, how innocent we were.

Don’t get me wrong. The things I wrote about then are still true today. Nonetheless, skiing has changed a lot in the past few years, thanks largely to mergers, acquisitions, and corporatization. So with these factors in mind, I thought I’d put together a new list of skiing truths, this time focusing on the things you’ll find in today’s multi-resort world. See if you agree:

• If you sell it for low enough, they will come. This is perhaps the biggest truism of the new reality. Vail lowered the price for its Epic pass by 20% and sold over 2 million passes this season. Granted, some of those were replacements for season passes at the mountains it acquired. Nonetheless, the sales represented a 47% increase over the 20/21 season and a 76% increase over 19/20. That latter indicates that roughly 900,000 more people purchased season passes this year compared to the last pre-pandemic season. 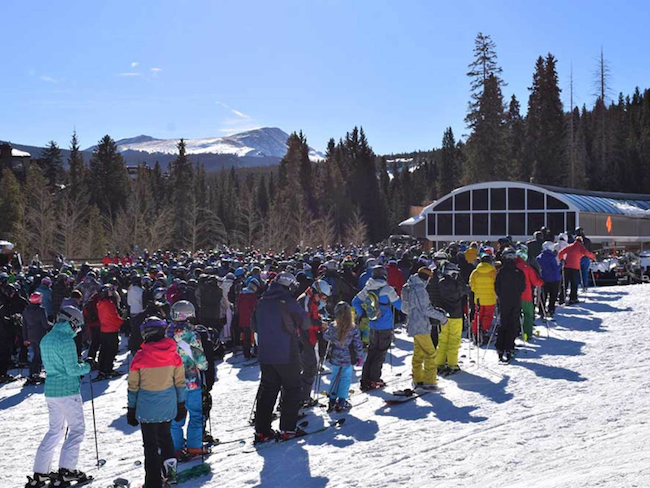 • A day ticket can be crazy expensive. The walk-up window rates at many resorts are firmly in nose bleed territory.  Sure, you can ski for less elsewhere, but who would’ve ever imagined we’d come to this? Take a look at the top of the heap: 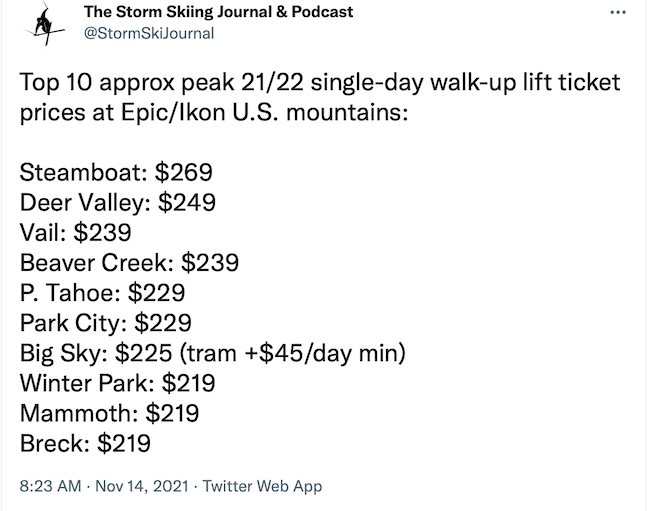 • Parking can be an issue. Hoo boy, is this a can of worms. Thanks to the hoards of people buying cheap passes, parking has become a contentious issue at many resorts. If you don’t arrive hours before the lifts spin, you could be out of luck. In response, some places are requiring parking reservations, some are charging for parking, some are shuttling skiers in from off-site lots. And yes, some are just letting the chips fall where they may and letting skiers duke it out for existing spaces. It’s a problem that has to be resolved. 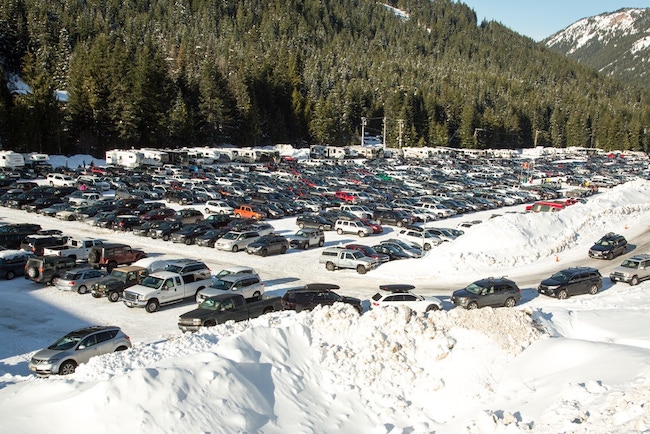 • If they can figure out a way to charge for it, they will.  Want a shorter line? Be prepared to pay. A better parking spot? Open your wallet. Things we always took for granted as free aren’t necessarily free anymore. Be prepared to see more of this in the future.

• If you want a lesson, you’re going to have make a reservation waaaay in advance. This isn’t universally true in that it’s not the case at every resort. But it’s true at a lot of them. In case you haven’t heard, there’s an instructor shortage. Call it fallout from the pandemic, call it the result of low wages, call it dissatisfaction with resort management. Whatever the case, it’s not easy to book a last minute lesson anymore.

• It’s not all about the skiers. For some companies [cough, Vail], it’s about the investors and how big a return they’re able to get. Hey, I’m not an idiot — I know that skiing is a business and can’t exist without making money. And to be fair, I know nothing about the stock market. But I also know that dissatisfied customers aren’t likely to remain customers for long, and that can have a real affect on the bottom line. With all the complaints being lobbed at Vail this year, the company’s stock plummeted from $372/share in November to $241.46/share, as of March 12. This can’t be good.

• Epic and Alterra aren’t the only games in town: I thought I’d end with this one. Because believe it or not, there are alternatives to the chain resorts. Independent mountains still exist, giving you a way to go back to the Way Things Were. Yes, they may not offer the same amenities as the larger resorts, but that’s not what you’re looking for. Because really, it’s all about the skiing.